It’s clear Aaron Golchert is many things to many people (and to his dog, Freedom, of course!). According to company leaders, Aaron is one of the most well-known people at N2. And it’s certainly not by coincidence. While in college, Aaron worked under our president, Earl Seals, as his Pilot Sales Manager at a previous company. When Earl left to co-found N2, Aaron decided to follow as an Account Executive until he graduated.

Two months after graduation in 2007, Aaron had a choice to make: either continue working with N2 or search for a new job. He was already immersed in the world of networking and selling, so he figured if the worst was that it wouldn’t work out long-term, he’d at least get some more experience to add to his resume for his next venture. So he moved to Chicago and ramped-up the area’s first N2 publication.

“The opportunity to truly work for myself and own my own business – that was the best feeling,” Aaron said. “I had the autonomy to do what I wanted when I wanted and to grow with a new company. I’d known Earl and Duane (N2’s CEO) for a while and respected them as people and business leaders, so I knew I was in a good spot.”

His ramp-up experience can be described as a “whirlwind.” Let’s just say that his “formal training” – or lack thereof – should instill a deep sense of appreciation and confidence in current Area Director candidates! While we now have a three-day training session in Chicago, and proven and tested sales materials to assist this process, ramp-up was a much different world back then.

“My training could be described in 17 seconds. It was a 15-minute conversation in the truck with Earl, and I watched him do one presentation and close one deal,” chuckled Aaron.

Not only was ramp-up much more brief back then, but new ADs were launching multiple publications at once. So, after a few months of research to find the best starting spot, he and Earl began selling ads in August 2007 for two publications, and went to print for both just five weeks later in September.

Aaron lived, ate, and breathed everything N2. “If I wasn’t sleeping, I was working on the business. I didn’t leave anything to chance. I just made it happen,” Aaron said. 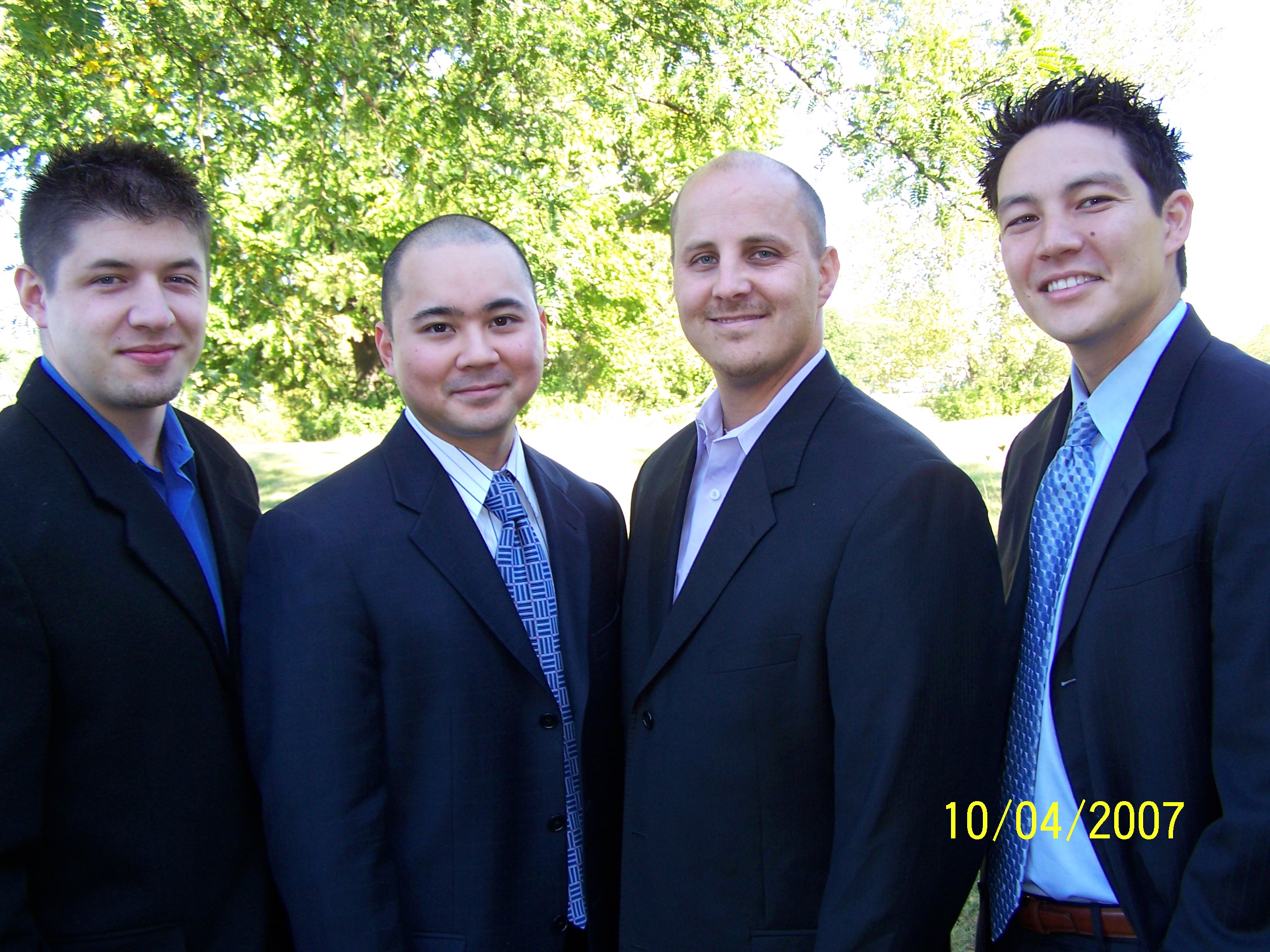 “The first three to five years, we were all pretty much flying by the seat of our pants.”

Aaron says it’s hard to describe the massive changes he’s seen the company go through in the past 12 years. The most growth he’s witnessed are in these areas:

Speaking of support, Aaron is our National Field Trainer. He spends one week a month traveling to different regions to field-train with ADs in their own territory. There’s so much to be said about being able to train in-person with a leader in your own territory. In the years he’s been in this role, Aaron can’t count the number of times he’s received an excited text or email from ADs who had really positive results after spending a day together.

“Aaron came down to field-train me for a day and it was awesome! I thought my intro was from the book but he helped me realize I had combined the intro from eight years ago with the new intro, which meant it took eight minutes instead of four. He also helped me realize that the way I used the word ‘I’ was very much how a salesperson would speak to a potential client. I am thankful that he took the time to help a veteran, who thought she knew everything, get better at the business.”
- Kathryn Howell, eighth-year AD in Sarasota, FL

“When Jason mentioned having a field trainer come out to watch appointments, to be honest, I was a little nervous. I understood it was for the betterment of my business, but I thought it might be a little nerve-wracking. I never previously had direct experience with Aaron but I had heard good things and was excited to learn from him. After sitting in on a couple of appointments, Aaron let me know what parts of my presentation were good and what needed some work. (My pub walkthrough was a MESS!). I was so glad he came out to field-train – he is great at his craft. Here are a couple of things that happened in the three months following our day together: 11 new sales and an 80% increase in average contract length, and I had more fun connecting with the prospects! Thanks again, Aaron. I am forever indebted to you and your honest approach to field training.”
- Marin Harwood, first-year AD - Ambler, PA

With nearly 13 years of N2 experience under his belt, Aaron describes the autonomy he has as both the best and most challenging aspects.

“I can live my life the way I want – I get to have a stable income while volunteering and doing other things, which is the biggest reward,” Aaron said. “I’ve been able to take on leadership roles in other organizations, like being on the board of directors for my church, my alma mater, my fraternity, and my local chamber of commerce. But it’s also a big challenge – it can spread me pretty thin, so it’s very easy to say, ‘I’ll make calls another time.’” 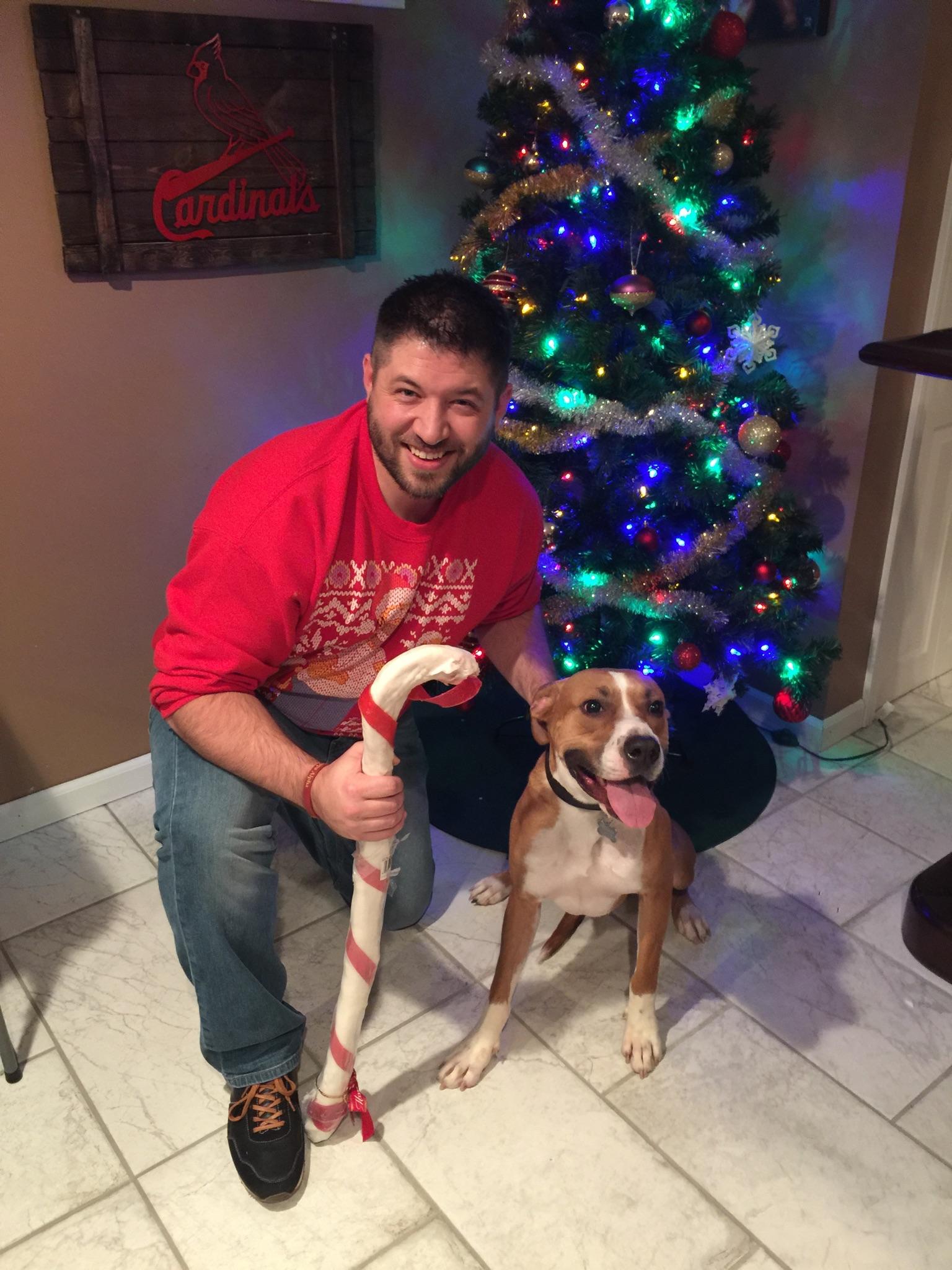 Aaron and his dog, Freedom

He’s clearly still crushing it on both ends of the spectrum – from his professional life to his personal one. In fact, on October 4 Aaron will be presented with the 2018 Most Outstanding Young Alumni award from his alma mater. He joked that he made it right in time – since he’s 35 this year and that’s the age limit for the “young” portion of this award.

As someone who has a history of excelling in multiple roles at once (even back in his college days), Aaron is not only a wealth of information for new ADs, but for anyone who’s looking to get involved in their communities. We’re pretty sure Aaron’s not just the “most well-known person” at N2, but in lots of other circles as well.