Alan and Louisa Shimamoto: Beyond a Family Legacy

The phrase “dynamic duo” doesn’t justly describe them. Alan and Louisa Shimamoto have been a team, both professionally and personally, nearly since the day they met. They both held leadership roles in the insurance industry, where their paths crossed, and they began working together as soon as they tied the knot.  Even though Alan and Louisa had each been very successful individually and won many awards on their own, they decided to build one team together.

“Our favorite part [early on] was being able to build a business together and leave a legacy,” said Louisa.

The industry soon changed, however, so Louisa began the search for better opportunities. While she was looking, Alan – a regional director overseeing seven states,  with over 400 agents, and 40 sales managers – was “reorganized.”  In other words, after working for the company for 24 years, he was let go from the only business he knew.

“I started there fresh out of college, worked my way into leadership, and here I was at age 48,” Alan said. “It was devastating because I hadn’t worked for anyone else professionally at that point.”

Looking back now, he sees God’s direction during that phase – pointing him to slow down and spend more time with his family – even though, at the time, it wasn’t a welcome change.

Alan says that God was speaking to him,  “Alan, you need to slow down. Even though you are doing well with your business, you aren’t there for your family!”  Alan was there for the big events for the family, but he wasn’t there for the daily events. This change gave him an opportunity to be the husband and father that he needed to be.

Louisa, described fondly by Alan as the “fix-it” person both in their relationship and business partnership, had just discovered the N2 Area Director role, and she envisioned their next opportunity to work together again. They interviewed as a two-person team and began figuring out their next steps in training.

“Louisa completes me. She is able to do so many things that I can’t. She could run this business by herself – I’m not sure I could,” said Alan. “We had no idea how to do this business, but knew from prior experience that if we followed what was taught, we would be successful. So we were going to follow the program no matter what.”

They went to training at the end of March in 2015 and attended Conference that May.

Conference proved to be a big moment for many reasons for the Shimamotos – the majority of which took place on the second day. Their Sales Director who is now a Region Director, Aaron Love, was at Conference, but left early to tend to his wife as she was having surgery. Not only was Alan impressed that he was able to get some face-to-face time with Aaron and that his leader dressed in shorts (it’s a shock for someone who’s been in a suit for the past 24 years), but his biggest takeaway was how Aaron was able to leave a National Conference like that to put his family first.

Alan was still in the throes of an uninvited career change, but after attending a faith message by N2 CEO Duane Hixon on the second morning, he re-committed his life to Christ. Afterward, Duane asked for all those that made a big decision to come to the front.

“I remember walking into that room and I just started sobbing. I couldn’t move and just sat there. Duane came up and put his hands around me and said, ‘Hey, what’s your name? Want to talk?’”

For the next twenty minutes, Alan “spilled his guts” to Duane. When he left the room, Louisa was waiting for him and Alan told her, “Well, I either just made a new friend, or committed business suicide.” A week later, Alan recalls Duane following up with him.

“That really cemented it all for me. I never got to know my CEO in my former company even after 24 years, and here I had this relationship already and I wasn’t even in print yet,” Alan said.

Among others, Lindsay Rucker also played a big part in helping the Shimamotos feel at home during Conference. At the social on the second evening, Alan and Louisa recall Lindsay spending two or three hours answering question after question they had for her at their table.

“She was so patient and really feeding us,” recalled Louisa. “We had a lot of questions that most people wouldn’t have asked at that point, but we just really needed to figure that stuff out and it was awesome to have someone pour into us like she did. It was so nice to know everyone is out to help each other and encourage one another.”

The Shimamotos’ desire to leave behind a legacy for their family through a business partnership was not only realized again after their insurance days, but reimagined to include a legacy that far outreached the scope of their immediate family.

“Not only can we design our own paycheck, but we can also design our family time together. That was ultimately most important for us. We can take vacations together but also experience training and leadership together,” Louisa said. 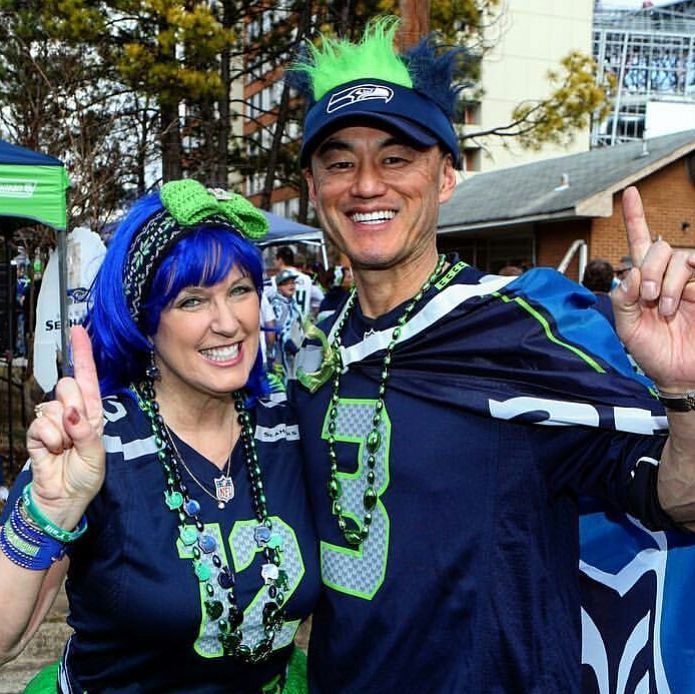 Their natural leadership and trust in the process led them to rapid success in their business. Just six months after going to print, Alan became a Launch Director and continues in that role today. He sees it as a way to give back to N2 through helping ADCs walk-through training and ramp-up, and also as a way to stretch his skills.

When Chris Wirsing, Region Director, was asked about Alan, he said, “In the short time that I have had the pleasure of working with Alan, I have found that he has a hunger for knowledge and truly cares about his people which makes him an excellent leader.”

Alan and Louisa are now in a place where they are not only able to build a strong family legacy, but they find themselves in a relational and encouraging atmosphere that they didn’t know was possible in a work environment before they found N2. Since joining the company, they have broadened their scope and definition of “legacy” to impact so many others.