Amanda Kirkpatrick: From Burnout to Burning It Up

Amanda Kirkpatrick was burned out. After putting in 80+ hours week after week as a sales manager, she found herself missing precious time with family and friends. Eventually, she faced the truth head on: This was not the kind of life she wanted to lead.

While working in Pennsylvania and frustrated with her career path, Amanda reached out to two former co-workers, Mike Maletich and Adrian Ivasic, who had told her about a different kind of sales adventure at N2 Publishing. The position they described sounded like a great opportunity; it also sounded too good to be true.

“I called Mike and Adrian and told them I was looking for something different, and they said, ‘You can make your own schedule, you can make good money, you don’t have to work weekends, and you can be finished by 5:00 p.m.’ I didn’t really think such a job was possible,” Amanda recalled.

With a little apprehension – but hey, what did she have to lose? – Amanda decided in February 2012 to give the venture a try. National Director of Recruiting Chris Wirsing led the training and has since become one of her favorite people at N2. She credits Chris with teaching her how to do the work and do it well.

“I worked hard! I trusted the program so much, and I knew that if other people could do it, I had to find a way to do it too. It was pretty much nonnegotiable,” Amanda recalled.

After a six-month ramp-up in a brand-new territory – Chevy Chase, Maryland – she made it to print with a nice commission check. For Amanda, ramp-up wasn’t easy, but it was worth it. 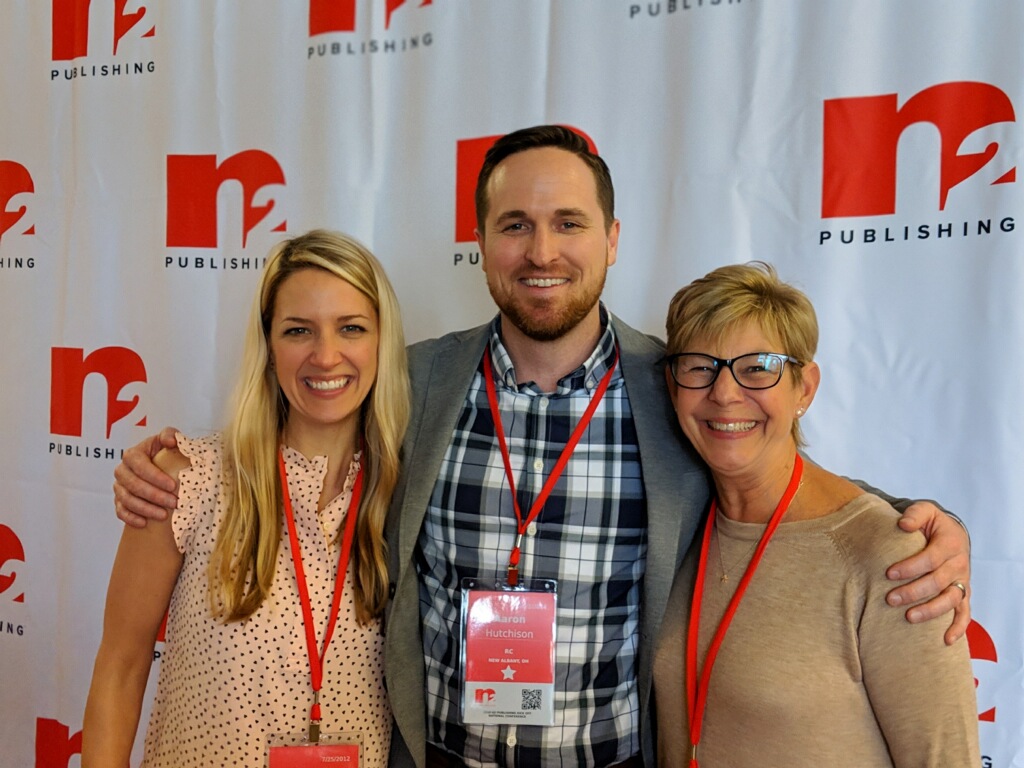 “I put my heart and soul into ramp-up, and the day before I got my first commission check, I remember I only had $2.84 in my checking account, and then I got that commission check,” she marveled. “I will never forget that moment. All the hard work had paid off.”

Not long after Amanda moved to Maryland in 2012, her now-husband, Andrew, proposed to her. They both knew they wanted to marry at some point in the future, but life had other plans: Andrew’s dad found out he needed a bone marrow transplant shortly after their engagement. To ensure he could share in their special day, they planned a wedding in just six weeks, to take place before his procedure.

“The reason why I mention this story is that sometimes people feel like they have to either put their personal life on hold or their work life on hold, but you can balance it,” Amanda said. “I worked up until the week I got married and then took time off for my honeymoon. It all worked out!”

Amanda and Andrew’s first child, Lennon Elizabeth, was born on June 18, 2015 – and not without a grand entrance. When Amanda went into labor, Andrew was visiting his father in a Pennsylvania ICU after his dad had suffered a head injury. Amanda remembered, “By the grace of God, I took an ambulance to the hospital and called him. He ended up arriving 30 minutes before we had Lennon.”

The growing Kirkpatrick family only spent 18 hours in the hospital, however. Andrew’s dad was rapidly declining, so they buckled up their hours-old daughter and drove to Pennsylvania to be by his side. Sadly, he passed away 10 days after Lennon was born.

A precious new life began. A precious life ended. And through it all, Amanda had a work team on whom she could rely. Chris in particular helped a great deal while she was focused on her family, and she was soon able to pick up right where she left off.

New Location, Same Support
Amanda and Andrew moved to Ohio in 2016 to be closer to her family while she was pregnant with their second child and began a second publication in her new hometown. 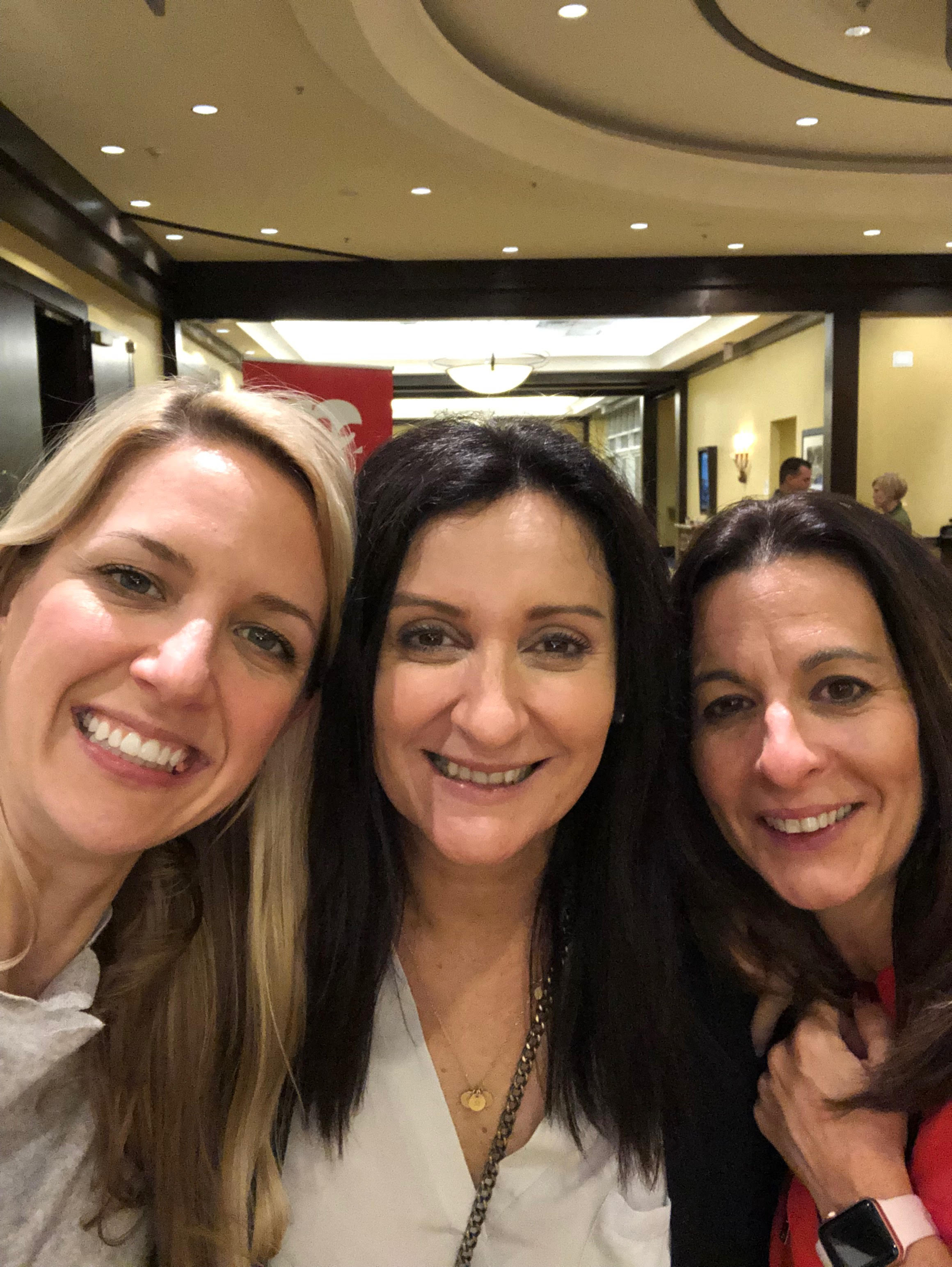 “The Columbus market ADs totally embraced me and welcomed me with open arms,” Amanda said. “They were so helpful, and I’m grateful for their openness to support me through ramp-up. Ramp-up the second time around was way harder for me. I was not as strong mentally or emotionally; I was pregnant, Kaitlyn was born in May 2017, then I was juggling two babies. But I did launch my publication in September 2017.”

What’s more is Kaitlyn was born four and a half weeks early. Again, Amanda’s support team stepped up big time. Her colleagues in the area took care of her clients, handled appointments, and encouraged her to focus on her little ones during this time. “I have missed my Maryland team but have loved being able to learn from the ADs in Columbus,” she said. “I have so much to learn from them. I love the culture we have in our market and I enjoy their friendships.”

Looking back at her decision to give N2 a try, Amanda admits she took a leap of faith. “I had a great working relationship with Mike Maletich and trusted him,” she said. “I also prayed about it a lot, and some people were certainly skeptical. My husband is very analytical, so he was skeptical, but after I decided I was in, I was all in, and he supported my decision.”

The investment in team members is really what sets N2 apart for Amanda, and she gives credit where she believes credit is due: to Duane Hixon and Earl Seals, N2’s co-founders, for “loving us as people.” And it must be noted, the flexibility of this opportunity is striking in comparison to how little freedom she experienced in the all-consuming job she held before.

“I am now in control of my schedule,” Amanda said. “I have learned that time is precious, and I do not want to take time with my family and friends for granted. I also know that the formula is simple – if I work, I’ll make money. If I don’t work, I won’t. I’m in a place where if I want to take a Friday off, I can, but I work hard during the week so I don’t feel guilty when I do take off to spend time with my girls and my husband.”

Turning to N2 has aided Amanda and Andrew financially and beyond. They want to travel more in the future, be able to give more, and take their girls on mission trips. That motivation pushes Amanda forward so she’s no longer burned out but is instead burning it up.