Denise has continually worked to find balance between her roles as a mom and as a business owner – shifting her perspective from what she “should” be doing to finding her own strengths and deciding on her own what her life as a working mother would be.

It’s 5:00am. While many of us are still busy catching some zzz’s, Denise Thompson can be found in her Arizona yoga studio, beginning her day with a fresh perspective. She’s in tune with what she needs in order to feel balanced – mentally and physically – and this is undoubtedly what has given her an edge throughout her personal and professional journey.

The New Mexico native and lifelong go-getter obtained her undergraduate degree and her MBA in the state, and went straight into the corporate wellness field. Somehow during that time, Denise jokingly says, she was lured into the pharmaceutical world and discovered an unlikely passion for sales. Then she welcomed her first child, a son named Noah, and her priorities were forever changed.

“As a single mom, I really wanted to be closer to my son and to not be traveling and away from him so much,” Denise recalled. Her solution? Moving to Arizona in search of a new adventure – and taking matters into her own hands to ensure her next career made sense for her family.

She reached out to a local magazine in Anthem, Arizona, and told the publisher she wanted to work for them – whatever they needed. She gave her ideal salary, they accepted, and that’s how she hit the ground running in the local publishing world.

“It was so fun because it was part of the community and I loved rooting myself in this new [area],” remembered Denise.

A few years after moving to Anthem, Denise married her husband, Brien, and had her second child, Charlee. She’d held a series of magazine jobs by this point, writing, selling, and creating her own destiny by learning how every aspect of the business worked and jumping in to help however she was needed.

After the birth of her daughter, she finally decided to take a breather, but her self-described “worker-bee tendencies” had her teaching yoga. This marked a welcomed return to her wellness roots.

Familiarizing herself more and more with the fitness community in Phoenix, Denise began working with a local gym. Before long, she secured the role of vice president for the chain, which had more than a dozen locations. But what was initially an impressive and exciting role turned into a scenario so many people have experienced themselves: She found herself constantly stressed working for a company whose decisions didn’t align with her own beliefs.

A Series of Timely Events

Denise first heard about N2’s neighborhood publications in 2008, and immediately thought it was a brilliant idea – N2 was doing something different. But she decided to watch from the sidelines as the company grew. A couple of years later, Denise’s husband looked into the Area Director opportunity, but neither felt it was the right time to sign on… until one March morning in 2016.

“I called my husband and I said, ‘Hey, I’m leaving this job and I’m going to do that N2 thing.’ I wasn’t even planning it. I just knew at that moment… I knew now is the time for N2. It’s one of those moments I’ll always remember,” Denise marveled.

When Denise attended her first Fall National Conference, she spoke with her Region Director during the social. He asked how her profitability looked, and embarrassingly, she said she wasn’t sure. That didn’t sit well with Denise – and her curiosity was sparked. She left the party and went straight to her room to investigate.

“I was on a mission. I started playing around with the numbers and going through scenarios, and I was super excited because I realized, if anything ever happened with my husband, we could cover his income in three months if I kept going at the same rate,” Denise shared.

The next day, Brien called her with some strangely timely news – he just found out his division at work was dissolving and he’d be out of a job in December... three months away.

“I told him what happened the night before, and he thought, ‘Cool, I’ll just come work with you!’ But I said ‘no way,’” Denise admitted. “I was still so new and the thought of this being our only income just freaked me out. And yet, the cards fell where they did, and he started working with me in January.”

That same month, the couple went to have procedural exams for their new medical insurance. And through a routine appointment, their world was changed yet again.

Through a year of treatments, surgery, running one publication and launching another, and caring for their kids, Denise somehow managed to keep it all moving forward.

“Thank God for N2, because this has been such a crazy journey where we landed,” Denise reflected.

Brien fought through his cancer and beat it. He began working more with Denise and their publications, just as they originally planned. But after going through such a chaotic time, stress was, once again, catching up with Denise.

“I got really tired; it was almost like coming off a roller coaster ride. I hit a really hard low and I didn’t know if I could do this anymore,” she confessed. “My business was great, but knew I was crashing, so I reached out to [N2 president] Earl. He didn’t hesitate for a second and started personally mentoring and coaching me – walking me through life.”

Denise continued, “He pulled me out of those depths – the lowest place I’ve been in life. It feels like he personally pulled me out. I just don’t know what the story would have looked like if N2 wasn’t there.”

During these highs and lows, Denise has continually worked to find balance between her roles as a mom and as a business owner – shifting her perspective from what she “should” be doing to finding her own strengths and deciding on her own what her life as a working mother would be.

Through all of Denise’s careers, rewarding life experiences, and trials and tribulations, she can confidently say today that she’s in the best place she’s ever been. She and Brien are now running three publications, he as the business manager overseeing their staff and client relations, while she focuses on sales. Yet even with her “worker-bee tendencies” and rockstar mom status, Denise still finds spending time to focus on herself to be just as important. 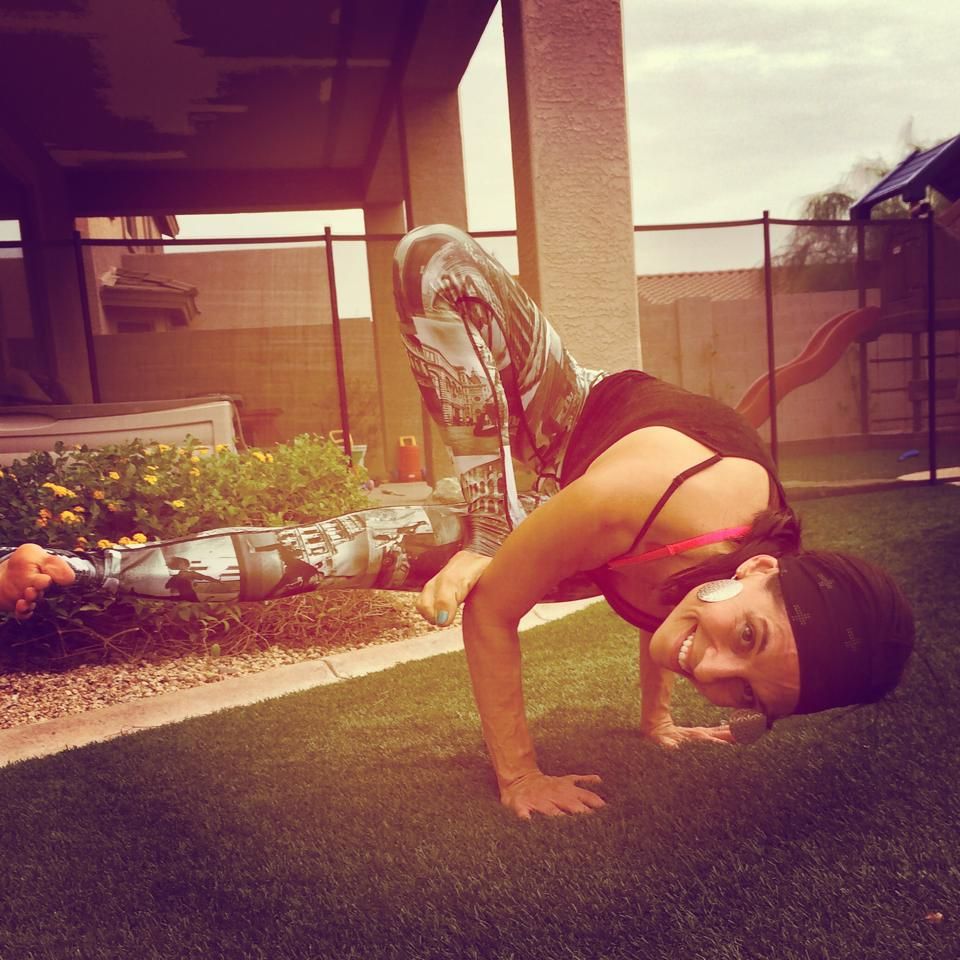 The yoga studio where she begins her day is also the haven where she wraps it up – this time, with her family by her side. After homework and dinner, Denise and the kids light candles, spend time stretching, and meditate together. And she wouldn’t have it any other way.