It turns out the Jim Hall story is really the story of N2.

From N2 Publishing Area Director to ex-team member to CTO to COO to head of Product Operations: This, in a nutshell, is the Jim Hall story. But like any good tale, there were plenty of twists and turns along this journey. What’s more, it turns out the Jim Hall story is really the story of N2.

You could say it was fate that brought Jim and Earl Seals (N2’s co-founder and president) together. One day, when a construction job was rained out, Jim reached into his pocket hoping to find a $1 bill. Instead, he discovered a flyer he had stuffed in there from his mailbox. It advertised a job with a sales company, and, as Jim later learned, the flyer was hand-delivered by none other than Earl himself. Jim signed on, and with Duane Hixon (N2’s co-founder and CEO) working as a salesperson at the company too, the three men crossed paths regularly.

Jim eventually left that company and later learned Earl and Duane were starting their own business: Neighborhood Networks Publishing. “I kind of reached out to them, got on a phone call,” Jim recalled. “I quit my job two days later – even though they told me not to – and I started trying to launch publications in Fort Wayne, Indiana.”

The summer of 2005, Jim and his wife relocated to Columbus, Ohio. He remembered, “It went really well. It was exciting. It was new… Our model was a little different back then, so I launched a lot of publications in a very short amount of time.”

By early 2007, Jim had decided to jump ship. But he knew better than to burn any bridges. In fact, he remained an N2 cheerleader from afar. “Earl and Duane were right – as visionaries, they saw a future that I didn't understand,” Jim admitted. “So I cheered for them; I continued to talk to other people who were considering the role of Area Director; I always encouraged them to get [involved] because it was such a fun job and there's a lot of upside to it.”

He continued, “So I left on great terms, obviously, and kind of watched from the sidelines. They exploded and took the company to the next level, which was fun to see.”

TO TECHNOLOGY AND BEYOND

Like his first encounter with Earl, it was also fate that reunited Jim and Duane in 2013. The outdoors company Jim was working for was about to be acquired, so he was trying to figure out his next move when he received a text from his old pal asking to talk. “It was about something completely random,” Jim pointed out, but as they caught up, he confessed to Duane that he was “in kind of a tough situation.” Duane’s heartfelt response: “If anything ever happens, let me know, I'd like to talk to you.”

When Jim’s workplace was indeed acquired a week later, Duane’s parting words rang in his ears. “I called and said, ‘How serious were you?’ I was on a plane two days later and flew to Wilmington to have a conversation with him. God played a major part in it for sure,” reflected Jim.

He then officially returned to N2 with a mandate: Bring technology development in-house as the company’s CTO. This was no easy feat. “When you're trying to recruit talented technology people and you tell them you're the only member of the team and that everything's controlled by vendors, it's not the most exciting thing to take on,” Jim explained. “And so the first six months, nine months, were a little bit difficult… But after that, we got really lucky in regard to getting the right people early.”

Fast-forward to 2018, and Jim transitioned into the COO role. “It was a lot different than when I became CTO. Of course, when I was on the Technology team, I was one of one [at first]. And coming into this team, it was less about me and more about the next evolution,” he explained. It helped that the divisions and departments Jim would be working with were well-established. “It was less about me trying to build a team and figure things out and instead getting to work with some awesome leaders who've been doing it for a while and focusing more on collaboration – getting those teams to understand how all the pieces fit together.” 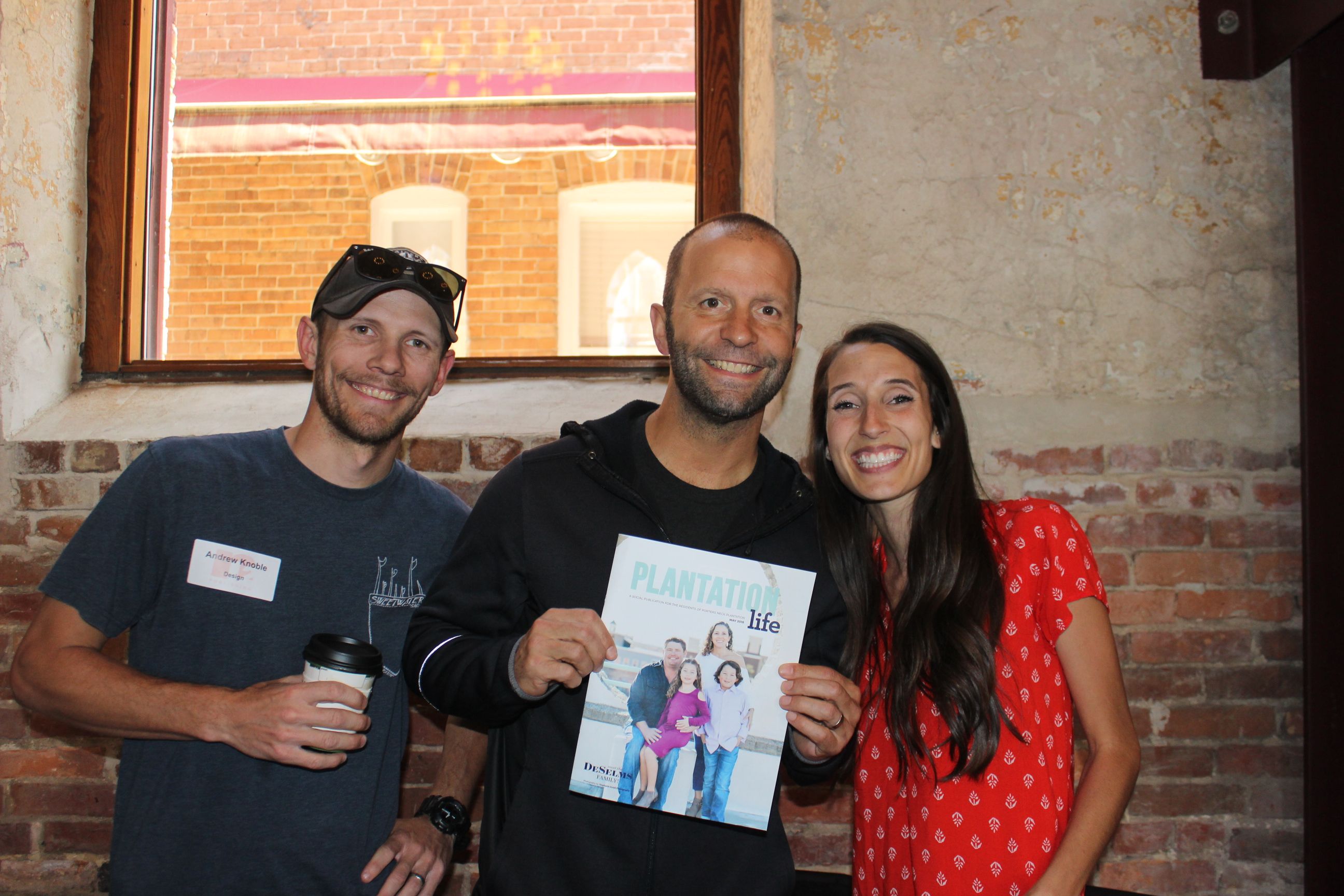 In early 2020, Jim became the head of Product Operations. While there’s no “typical day” these days, he’s very clear about the priorities of his role: He looks at the bottom line, analyzing our efficiencies and overall company health. Jim also pointed out, “Because of my sales background, I understand sales and I work with a lot of the Sales Leaders. And so, first and foremost, what I try to do with all of the departments here is get them to understand what it is from the sales perspective that's going to be the [biggest] value-add.”

But when you ask Jim what he loves most about his job, the answer is rather simple. It’s the people, of course. “That's what attracted me to the company to begin with,” he said, going on to cite “Earl and Duane's hearts” specifically. Jim explained, “They've said it many times: They didn't start a publishing company because they love publishing or they even understood publishing... they wanted to create opportunities [and] they always put people first.”

Looking back on his time in the Field and considering his work with those team members today, Jim has nothing but respect for our Area Directors.

“The thing I love about the Field, and I've told this to many of my friends and people who ask me what I do, is their courage. I mean, they're entrepreneurs,” Jim said, explaining, “I always picture husbands or wives going home and going, 'Hey, listen, I got a new job. I'm not getting paid for six months and it might not work,' and the courage it takes to put it all on the line.”

Jim continued, “To know that every single Area Director out there has gone through that process, gone through the challenges, and come through the other side is amazing to me… It sounds cheesy, but it's the American dream of starting their own business, and that's what we do. And everything that we do is to try to make it easier for those people to be successful in the launch of that business.” 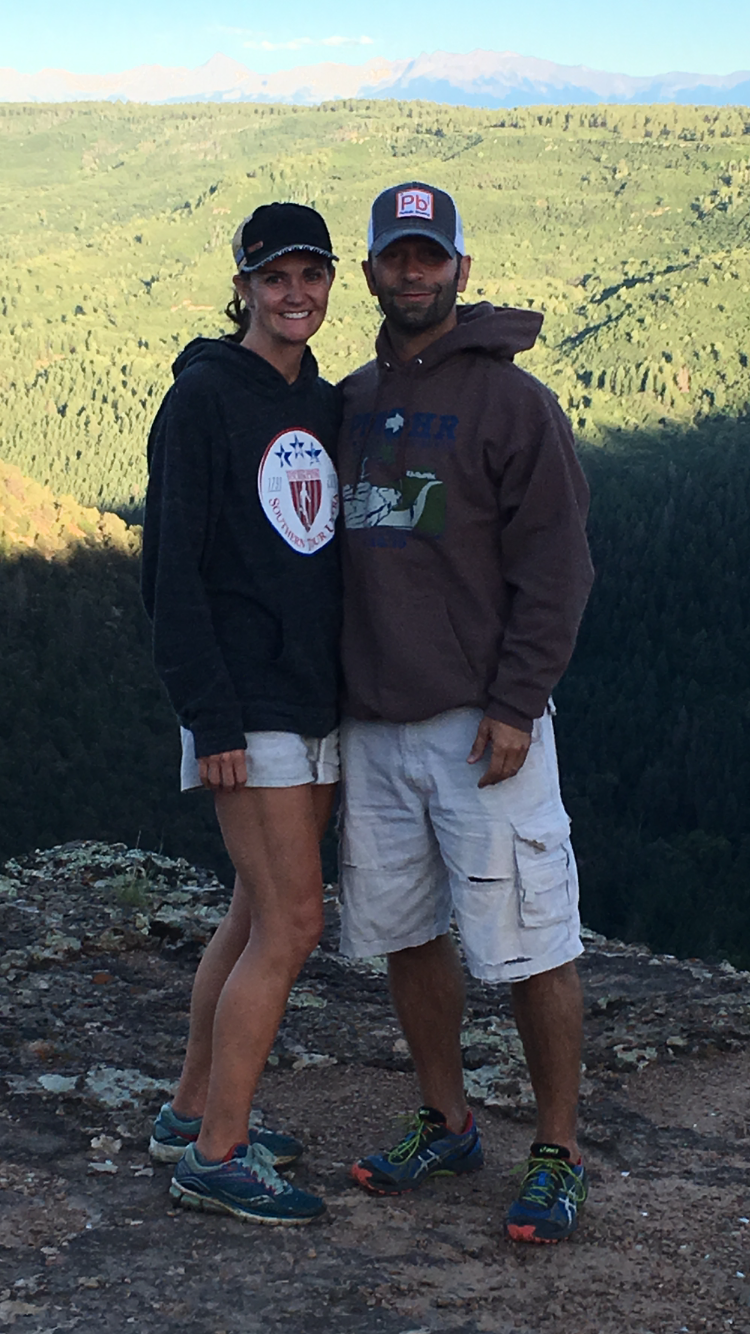 Jim and his wife Vicki visiting the western Colorado mountains.

A CULTURE OF ACCOUNTABILITY

Now as N2 welcomes the new decade, Jim has a vision for the future.

He shared, “We have, I would argue, one of the greatest sales forces that exists. And now with the talent that we've acquired [at the Home Office], we're going to grow much faster than we were able to initially. To me it's about fine-tuning and preparing for that next wave of growth.”

“In my six years here in my role in Wilmington, I've never been in a meeting where any leader, especially Earl and Duane, have said, ‘We know this isn't going to be the best for our people, but it's going to make the company more money.’ They're just not wired that way, so I think the leaders that work at N2 are always challenged to try to live what Earl and Duane created, which is no matter what the circumstances, you put people first, and so I try to live by that,” Jim said.

”When you work for a company like that, you never have to feel you have to apologize for any decision you make, whether it's the best decision or not, [because] your heart's always in the right place. That's what I appreciate the most.”