Rob and Christy Gallagher have worked as a team in business almost as long as they’ve known each other. In 1989, while they were dating, they ran a craft beer distributorship. Five years later, they sold the business and moved on to a liquor importing company. Time and again, they’ve proven their relationship can withstand the challenges of working together professionally, and that they both possess the drive to own and run successful businesses. Today, after four years in print, their N2 operation is proving to be no exception.

After Rob and Christy’s oldest daughter headed off to college, Christy stumbled upon N2 on Indeed and figured it was a fun “extra thing” they could do to provide her more spending money while she was in school. Christy left for training in 2014 and returned completely confident in her game plan: She would follow the program and then off to print she would go.

“The first month, I was getting dressed, going out, and meeting new people. I wasn’t having any success in sales yet, but I was having a good time,” Christy said.

Because he could see how much fun she was having, Rob decided he wanted in as well. He went to training two months after Christy – and gained more from it than he expected. 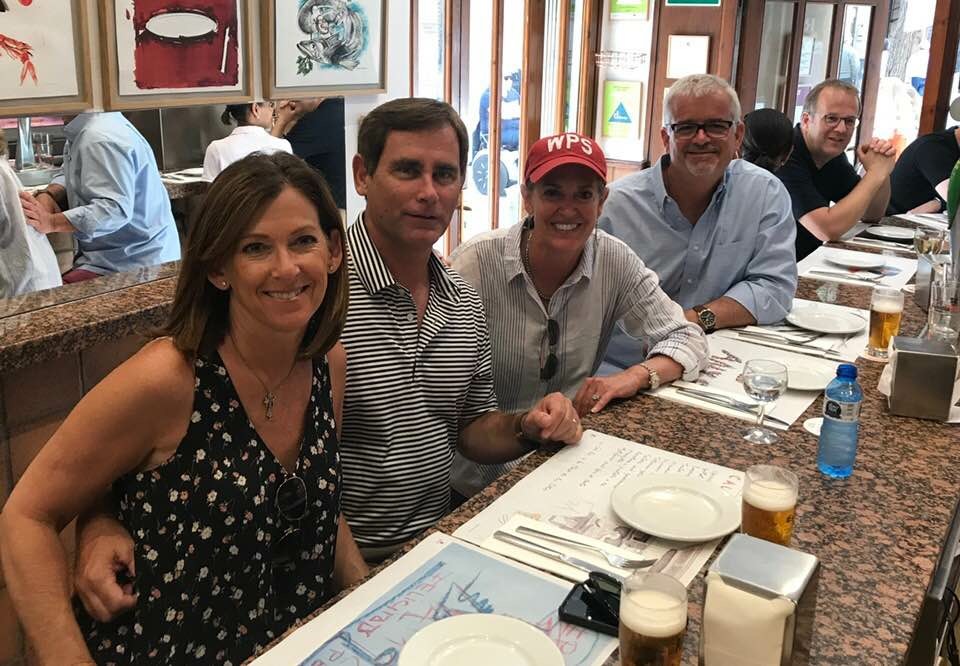 “I’ve been in sales since I got out of school, so I just had to take whatever they said and change my mindset from what I knew before. Following a script was new for me,” said Rob. “Luckily in training, we had a great little class. Me, RC Smith, and Jason Smith built up a friendship from that training and are still friends to this day.”

Keep Up the Momentum

The Gallaghers’ first publication went to print October 2014. The community was small, so while working with their initial clients, the business owners repeatedly suggested other areas where affluent potential customers lived. With the support of these advertisers, Rob and Christy began ramping up their second publication just six months later.

Today, Rob and Christy run five publications. They both sell advertisements, plan events, and collaborate on nearly everything else. So even while working as a team, they are both kept plenty busy.

“It’s a business of momentum,” Christy said. “It’s when I am consistent and working that I feel the best. Even just a couple of days off for me puts a hitch in my rhythm.”

While starting and running businesses is nothing new for the Gallaghers, they were quick to realize the business model at N2 is definitely unique.

“If you’re looking to start a business or launch a product, you [usually] have to put a lot of capital out and not even eat for a week,” Rob said. “But this business is just an investment of time.”

Rob admits they were skeptical at first, but it was the viability and the support of the company that were game changers. Compared to working for other organizations and to running their previous businesses, the Gallaghers see this as “nirvana.”

“We’re just really, really appreciative and so glad we found N2,” Christy said. “And we’re having a lot of fun,” added Rob.