Ryan Jones: From Foreclosure to Fulfillment

Flash back to 2013. You may remember exactly what that year was like for you. Or you may not have many standout memories at all. For Ryan Jones, it was a year that would change his life dramatically. It was the year he began the journey from foreclosure to fulfillment, largely thanks to an acquaintance, N2, and his wife, Chelsea.

In 2013, Ryan and Chelsea were raising a young daughter, had another on the way, and couldn’t even afford to buy groceries. Without $30,000 he was owed for a sales gig, the couple was behind on their mortgage and their home was in foreclosure. At a Bible study session, Ryan opened his heart and shared a prayer request for his family. His prayer was answered almost immediately, though he didn’t necessarily realize it at the time.

In that Bible study was Area Director Mark Casey. Mark didn’t know Ryan all that well. Still, he told Ryan, “You don’t know a ton about what I do, but I think you’d be great at it.” The two met for coffee and Ryan was convinced the business opportunity Mark presented – becoming an Area Director with N2 – was nothing more than a pyramid scheme. In fact, when Mark insisted it wasn’t, Ryan only became more convinced it was. He even told wife Chelsea they shouldn’t “bring up anything work-related around the Caseys again.”

But when Ryan reached the point where he “didn’t have any [other] options,” he boldly asked Mark for proof of his income. They had a “get down to business” meeting and this time Ryan was convinced. “I kind of got to the point of thinking, ‘If Mark can do this and do this well… hopefully I could end up being somewhere in that ballpark as well,’” Ryan recalled.

When Ryan jumped in, however, he did so as an Account Executive, not an Area Director. An ideal neighborhood in his Nashville area wasn’t available, but he and Chelsea were desperate for a way to support their growing family. That meant working his way into the world of N2 as an AE, which Ryan saw as an opportunity to earn some cash and prove his worth.

“It was honestly probably the most stressful time of my life. I was worried about not being able to take care of our family,” Ryan admitted. “The blessing of the Account Executive thing was I was able to make some money in the short term.”

Then, about three months later, the doors fully opened and Ryan went into ramp-up with West Franklin Living. Ryan was more confident – “I think because I was able to have a little bit of success as an Account Executive, I knew I could do it” – and even more determined to build his franchise and achieve financial security for his family.

He candidly shared, “We were literally so tight financially. I can vividly remember times where Chelsea would go to the grocery store and the card would get declined and she would call me embarrassed and crying. That was a pretty regular occurrence. So we'd have to put stuff back at the checkout line because we were literally just scraping by.” Ryan further recalled, “I remember going on appointments [and] trying to be in a good place mentally. Each day was a roller coaster of emotions… We were trying to just buy time to get through ramp-up.”

That ramp-up period came to an end after four months. Ryan’s first commission check was a “big deal,” to say the least, and financial stability was in view. Soon, it became a reality. And now today, Ryan acknowledged he never predicted the level of success he would reach. “It ended up being way better than I ever expected,” he said.

“I remember when I got the first check – and it was just, ‘Wow, we can pay our bills. We can go to the grocery store and get most everything we would want.’ What more in the world could we ever want?!” Ryan exclaimed. “And the way that God has blessed [us] since then… we've been able to take trips I never ever dreamed of. We've been able to do fun stuff for our kids. Chelsea and I've been able to travel together. We've been able to give to some organizations we're really passionate about.”

And not only has Ryan gone from struggling to make ends meet to building a successful business, he’s also now supporting other people by hiring them as staff for his publications.

With the success of his neighborhood publication, Ryan started ramping up a BeLocal in Nashville before he and his family (now four kids strong!) chose to relocate last year to Charleston, South Carolina. With this move, he decided to let both Tennessee publications go in favor of starting Charleston Real Producers and Mount Pleasant BeLocal. It’s his work with RP that Ryan finds particularly fulfilling these days.

“The business side of Real Producers fits me very well because it's so relationally focused both with the REALTORS® and the partners,” he said, explaining, “Since we started Real Producers here in Charleston back in October, we have built a brand that has become recognized and embraced by the real estate community in town.”

It’s been a “new challenge,” as has been running his franchise during the COVID-19 pandemic. Amidst the crisis, Ryan has flooded social media with video interviews showcasing his RP clients. While that’s required a fair bit of time and effort, it’s been important to Ryan to not spiral into doubts and negative thoughts due to the constraints of the global crisis.

“If I boiled my success at N2 down into one thing… it’s that I never really let myself have a plan B,” Ryan said. “There weren’t times during the pandemic where I was like, ‘Well, if this doesn't work, I'll just go get another job or be a REALTOR® myself’… I just had my mind made up that I’m gonna do my part. I had faith that if I do everything I can and control what I can control, God would show up, do His part, and take care of the results. I think that's really my mindset in the pandemic.”

Ryan went on, “In fact, it truly has been scary. But I think N2 is built in such a way that if you do what you're supposed to do, even though it looks different today and in the pandemic, I still think there's a lot of success to be had out there. So just try and take it one day at a time..” 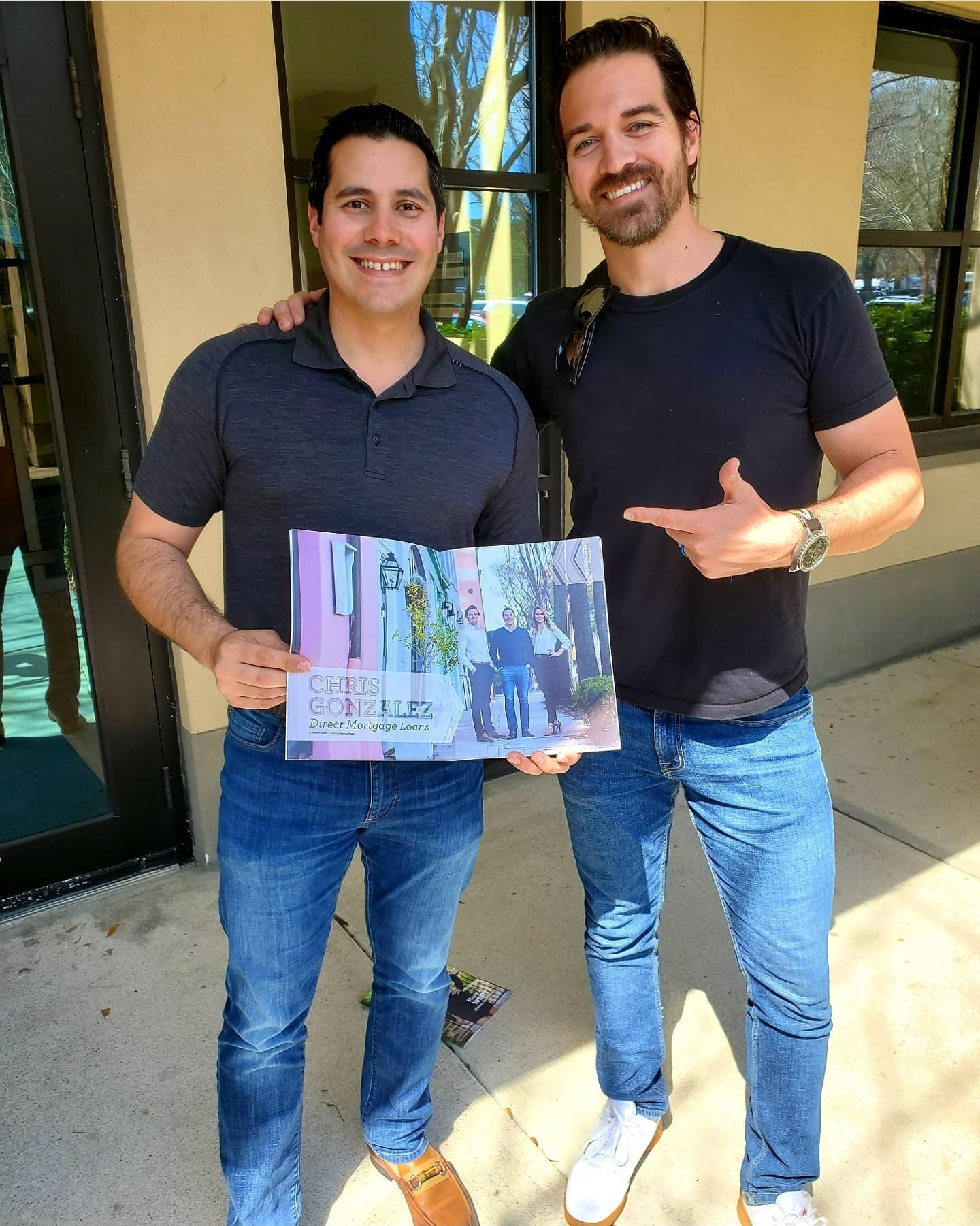 Ryan and a client took this photo to celebrate a “Preferred Partners” feature.

Ryan became involved in leadership in only his second year with N2. Currently, he’s a part of N2’s Franchise Experience team. Ryan is a Culture Manager, working to ensure markets across the country have a strong culture on the ground and that each Area Director has a satisfying experience.

“We're trying to do everything we can to make sure Area Directors are having the best experience possible as franchise owners, Ryan said adding, “I think it's good to work for a company that’s always trying to find ways to get better. We talk about being better tomorrow than we are today. I think it’s pretty clear we're always trying to do that.”

Still, Ryan knows one important thing that hasn’t changed: “Wanting to provide a business opportunity that helps people make money while prioritizing their family first is still at the heart of everything N2 does.”

Throughout our conversation, there was a consistent theme: Chelsea. Almost every topic came back to Ryan’s wife and his appreciation for her. Of course, Ryan’s gratitude extends beyond his wife. Not only is he “super grateful for N2,” but he has a certain CEO, N2’s Duane Hixon, to thank for this saying: “An attitude of gratitude makes fear disappear.”

“Hopefully people can see that you can come [to N2] with a less-than-perfect situation, work very hard, and build a wonderful opportunity for you and your family. I am super grateful for all N2 has done for us. 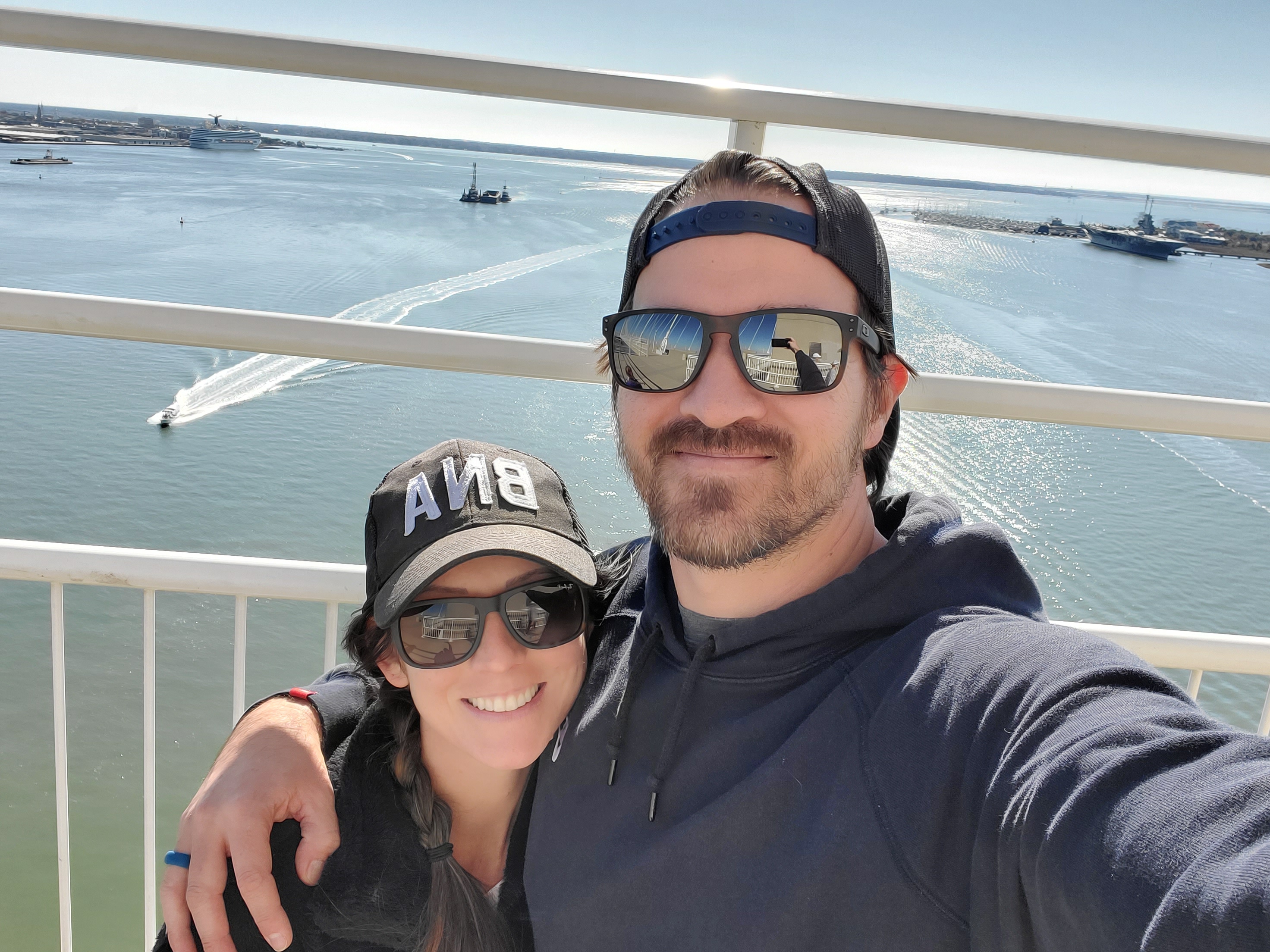 Be mindful of your influences.

Pay attention to the voices you listen to. I have felt this in a number of ways, but I don't know that I have articulated it that way until I heard Mike Maletich (Real Producers Training Manager) say it on a call during the pandemic… Be aware of what you're listening to because it has a bigger impact than you realize. Junk and negativity in equals junk and negativity out. Good influences and positivity in equals good influence and positivity out.

Make a life, not just a living.

This is a Dolly Parton quote I’ve kept in my office: “Don't be so busy making a living that you forget to make a life.” That's just work-life balance. It’s a tip I feel like I probably really don't deserve to be giving right now because I've had some [weeks] where I haven't really been that good at it. But I think one of the reasons N2 was created was to be a company that can let you have freedom and flexibility. The N2 opportunity is so good – I think if you fully commit to being all in during your normal workday hours, you can have freedom and flexibility that few other careers offer.