Terry Kemmy: The Guy Who Knows Your Name

It’s the all-too-familiar situation many find themselves in – stuck in a salaried position where they’ve simply hit the top of their pay grade. After obtaining a journalism degree from the University of Texas and realizing jobs in the field he studied wouldn’t come with the pay he knew he deserved, Terry Kemmy decided to make a change and take charge of his paycheck.

He was tired of being disheartened and tired of only earning what someone else thought he was worth. Terry watched his friends around him – no more sharp, good-looking, or talented than him – start their own businesses or work in sales-related fields and earn far more money than he would ever make working for someone else. Motivated by that tension and desire, he turned to sales and never looked back.

“I wanted an opportunity to go out and earn more money. I just wasn’t getting anywhere,” Terry recalled. “The last thing I wanted to [do] when I was in college was get a degree and then go into sales, so I had to swallow some pride.”

One night, while searching on Monster for a new opportunity, Terry stumbled upon a job description including keywords like “sales-related,” “community development,” “publications,” and “community events.” He immediately felt a connection to the role. It was as if every past work experience he had was rolled into one perfect role. And it was with N2 Publishing.

If you know Terry, you know he’s probably in bed and asleep by 9:00pm, so there’s no use trying to get a hold of him after that. But it just so happened the phone rang after 9:00pm that very night. The scene went a little like this:

Terry: (thinking) It can’t be for me.

N2 Recruiter: Hi! I just saw your resumé and –

Terry: Are you kidding me?! I just clicked your link 20 minutes ago!

To make a long story short, Terry and N2 eventually made it official. In 2011, he staked the first N2 flag in San Antonio, Texas. No small step – it was one giant leap for Terry and a giant leap for N2.

The Guy Who Knows Everyone

Terry currently runs a neighborhood publication as well as a Building Savvy publication in San Antonio. He’s able to have an independent lifestyle while running his own business and calls the shots when it comes to his commission – a far cry from the journalism career he left behind and the sales world he first entered.

“It’s still a sales position. You have to go out and make calls and it’s a bit different now for me since I first started,” he said. “But there’s just no comparison to before.”

Terry particularly enjoys hosting happy hour events in his community. On a slow night he’ll get 40 people, and on some of the busier nights, 80+ folks show up. He counts himself blessed because a lot of his publications’ business partners live in the same community as the magazines. And he’s the guy who knows everyone’s name, connecting all sorts of people at his events. It’s one of his favorite things about being an Area Director. 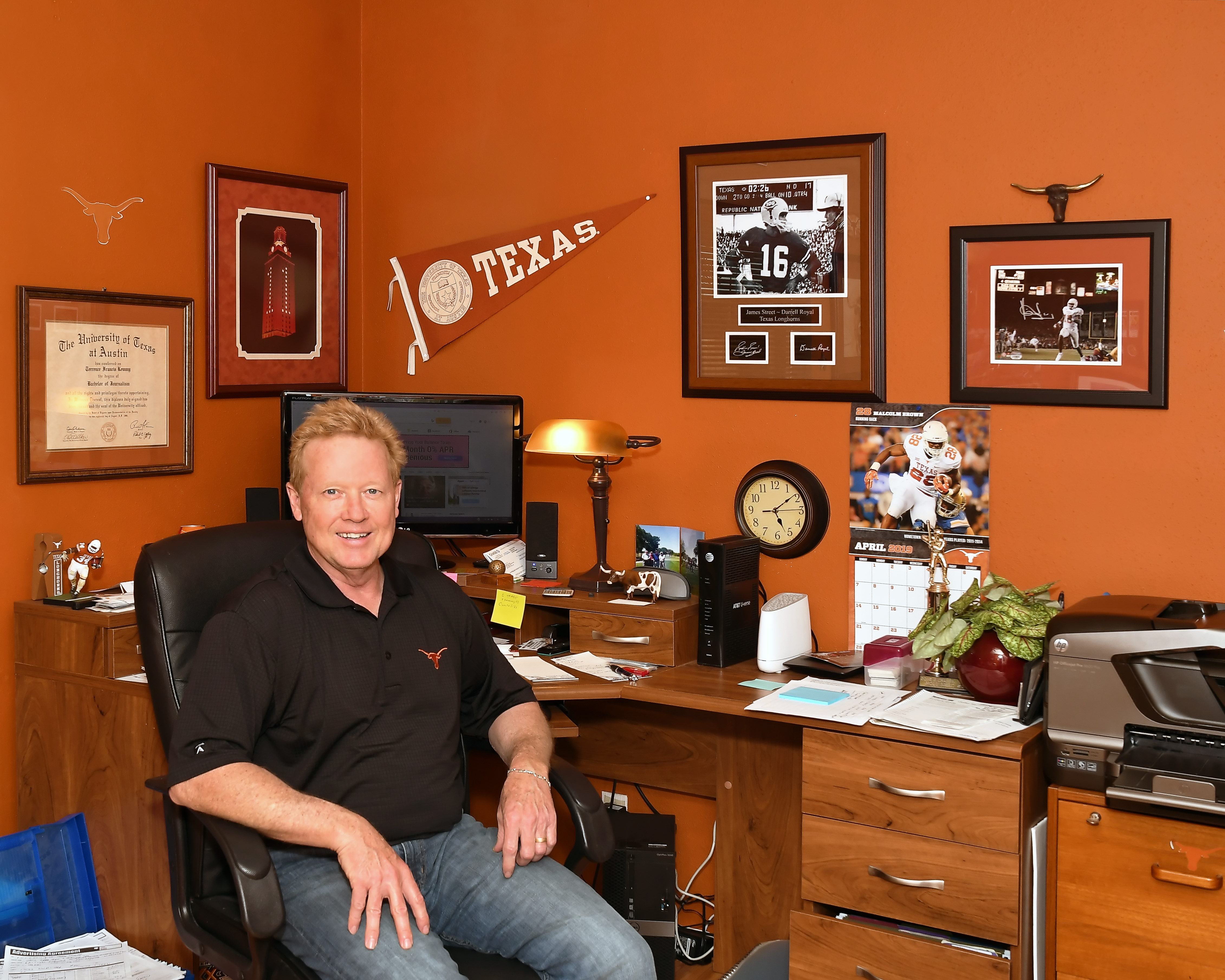 Do Something or Shut Up

Terry’s a straight shooter. He realized years ago that when he wasn’t hitting the mark financially, he either needed to be okay with earning a steady but lower-than-desired paycheck, or take more risks for the possibility of greater rewards.

He acknowledged that, unlike at N2, “I don’t think most people are thrilled with their company values or security or opportunity. I was like that for many years. I tried different jobs and got crazy looks from people as I was trying to find something that fit. I just realized, bottom line, I could either settle for what I had and shut up about it or try [to] do something different.”

Terry broke free from the unsatisfying confines of his past employment, put in lots of hard work in a difficult industry, and is now not only so much happier with his financial freedom, but he’s a difference-maker and key fixture in San Antonio.